Am in the process of going through my very very modest classical music collection and as such am playing a disc with 2 chamber pieces among which this substantial sonata. Have no idea where or when I bought and no clue what prompted me to buy it but this is a wonderful piece of music in which cello & piano are quite the equal partner.

Biarent was a Belgian composer working in the city of Charleroi and this sonata was written and finished in 1915. As such it is one of his final pieces I think as he passed away in early 1916 at the age of 44. The sonata in its nature is quite sombre probaby reflecting the hard times (WW1 was particular harsh on the young country that was Belgium).

Anyone else familiar with this composer and this piece in particular?
Chris
"Remember what's been given, not taken away" (Brett Kull)
Top

Don't know the music and never heard of the composer, but what you say sounds interesting. Believe it or not, it appears to be on YouTube! Is this it?

John F wrote:Don't know the music and never heard of the composer, but what you say sounds interesting. Believe it or not, it appears to be on YouTube! Is this it?

Yep that is the the exact recording I am speaking of. This is the opening, very sombre movement.

It is from this disc: 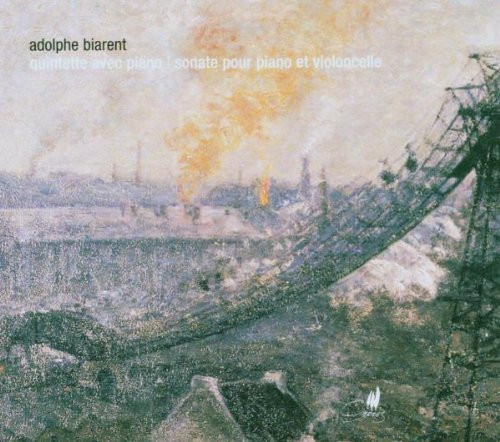 Biarent is quite an interesting figure. For those who like César Franck, he's well worth discovering.
A couple of years ago Rob Barnett at Musicweb was very enthusiastic. 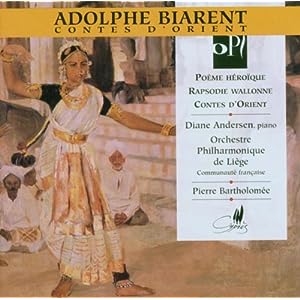 The Poème Héroïque has all the makings of a concert favourite: the Byronic dynamism of Elgar's In the South and Berlioz's Le Corsair, a touch of Rimskian enchantment and something of the headiness of Szymanowski's Concert Overture but drained of the Pole's over-draped collapsing textures. Franck's Psyché is deliciously recalled in the central section which is as sweetly romantic as the best Bantock and which is projected with wondrous recording delicacy (7.49) and a luxuriance recalled from Strauss's Don Juan and Korngold's Violanta.

The Rapsodie Wallonne is in three movements torn into with gusto by orchestra and soloist. The big and bold sound helps considerably in a work having stylistic parallels with Tchaikovsky (first piano concerto), Saint-Saens (No. 2) and Stanford (No. 2). The second movement's starry peace is won quickly but almost lost to banality by a theme which shadows Baa Baa Black Sheep. Fortunately that dangerous corner is turned in music which has a firm hold on emotional credibility. In the finale a breathless light cannonade from the piano, a joyous sprint and a winking urbanity bring this entertaining quasi-concerto to a close.

The heritage of Francophone imperialism stamped its mark deep into French and Belgian culture. The strange and the Oriental cast a deep enchantment from 1850 through to the 1930s. Biarent's Contes d'Orient is struck from this 'fin du siècle' cloth by a composer much taken with Rimsky's Shéherazade and Antar. Contes is best viewed as a counterpart to these two works.

The impressions created by each of the work's twelve 'contes' are best given in note form:

1. A violin chant over a wheezy impressionistic 'bed'. Tziganerie rising to a Dervish dance - whirling amid a star-filled sky.

6. A brusque and clashing dance rife with the trumpets' imperious calls and rushing strings.

8. A dance straight out of the lucid effervescence of Massenet El Cid suite (remember Louis Frémaux's superb EMI Studio 4 recording with the City of Birmingham SO - never bettered).

9 Ukraine Song - Slavonic wanderings and a sway predictive of Alan Hovhaness. The Straussian caprices of the solo violin.

11. Effet de Lune - The moon floats over some inland sea. Debussian. La Mer and Sirènes. A sustained Delian swoon with recollections of music from the earlier movements.

12. The final section rhapsodises around previous themes with a touch of the introduction to Russian Easter Festival. The music box delicacy of the celesta. The Baghdad of Flecker. The lusty exoticism of Richard Burton's 'Thousand and One Nights'.

Both this and the other Biarent Cypres disc are superbly documented and designed. Enthusiastically recommended. Neither Biarent disc is to be missed.

Users browsing this forum: No registered users and 71 guests