Gotta admit-I didn't even know he had been gone. Regards, Len


For more than a year, the pianist Lang Lang has been largely out of commission with an injured left arm — a major loss, since he is one of classical music’s biggest and most bankable stars. Google the phrase “superstar concert pianist,” and Mr. Lang’s name pops up right away. He played during the televised opening ceremony of the 2008 Summer Olympics in Beijing and jammed with Metallica at the 2014 Grammy Awards.

But Mr. Lang has retained establishment cred, remaining one of the handful of go-to stars for opening night and gala concerts at Lincoln Center and Carnegie Hall. His return to the stage on Friday — to headline the season opener at Tanglewood, the Boston Symphony Orchestra’s summer home in the Berkshires — is being closely watched not only by his fans, but also by the music industry.
Hungarian Rhapsody No.2 in C sharp minor - Live From Teatro Del Silenzio, Italy / 2007CreditVideo by AndreaBocelliVEVO

“Everyone needs Lang Lang to come back and do what he does in such a unique fashion,” said Mark Volpe, the Boston Symphony’s managing director. “I don’t just mean playing the piano; I mean the bigger picture. There are other great pianists, but he has a personality, he’s got a presence.”
How was he injured?

In April 2017, Mr. Lang announced that he had an inflammation in his left arm and planned to cancel a few months of concerts. He has been on a severely curtailed schedule ever since.

He said last year that he had injured his arm through what he described as “a stupid practice of Ravel’s left-hand concerto.” He was referring to the concerto the French composer Maurice Ravel wrote for Paul Wittgenstein, a pianist who had lost his right arm during World War I. (Mr. Lang declined a request for an interview about his return.)

“I was not paying so much attention, I was already tiring, and I pushed to practice,” Mr. Lang said. He added that he had worked too fast to teach himself an unfamiliar, unusual work because he was on a tight deadline, with several orchestras waiting to hear if he would perform the piece with them.

Playing the piano requires speed, power, dexterity and flexibility. Injuries are not uncommon. The pianist Leon Fleisher was establishing himself as one of America’s pre-eminent young artists in the 1950s and ’60s when he found himself unable to control his right hand — which he attributed to “seven or eight hours a day of pumping ivory.” Gary Graffman, Mr. Lang’s teacher at the Curtis Institute of Music in Philadelphia, had his career as a top-flight concert pianist curtailed by finger problems.

Why is the classical world watching so closely?

It is harder than ever for a classical musician to become famous worldwide. The recording industry, with its promotional machinery, is a shadow of its former self. Fans can more than ever choose what they listen to — and filter out everything else. Breaking through the way Mr. Lang has over the past 20 years is rare.

The select group of artists who can still sell out concerts on the strength of their names includes Yo-Yo Ma, Itzhak Perlman, Joshua Bell and Renée Fleming — and Mr. Lang.

“In the good old days, there used to be a lot of those, 25, 30, 40 years ago — people who could sell benefits, sell pension fund concerts,” said Thomas W. Morris, who ran the Cleveland Orchestra and the Boston Symphony. “There are a lot less of them today, so when he’s not around, it’s felt.”

Take opening night galas, which are typically important fund-raisers for orchestras, with high ticket prices and programs designed to appeal to donors and trustees. In the two years before his injury, Mr. Lang played 10 opening galas with major American orchestras, including the New York Philharmonic and the Boston Symphony.
What has he been up to over the past year?

Mr. Lang is such a draw that he was invited to play the opening night concert at Carnegie Hall last October — even after he was restricted to a single hand. One of his protégés, Maxim Lando, who was 14 at the time, sat beside him and served as his left hand in a truly unusual two-piano, five-hand arrangement of Gershwin’s “Rhapsody in Blue” with the jazz pianist Chick Corea. The audience went wild; the critics, less so.

As he canceled more concerts, some wondered if his career was over. The South China Morning Post wrote an article with the headline “Will Chinese star pianist Lang Lang have to call it quits because of arm injury?”
Lang Lang Strong #2CreditVideo by Lang Lang

Mr. Graffman said that Mr. Lang had been diligent in his recovery, and that he had encouraged his former pupil to heed the advice of his doctors. “If the doctor said 20 minutes, don’t play half an hour,” Mr. Graffman said.
What do the critics think?

Though he thrills audiences and has drawn widespread praise for his dazzling technique, Mr. Lang has not always been loved by critics. Some find his expressive gestures showy or mannered. Anthony Tommasini, the chief classical music critic of The New York Times, wrote of a 2003 concert at Carnegie Hall that “for all its color, flair and energy, his playing was often incoherent, self-indulgent and slam-bang crass.”

But Mr. Tommasini was more favorably impressed by a 2008 concert when Mr. Lang played Tchaikovsky’s Piano Concerto No. 1 with the New York Philharmonic in Central Park: “He vanquished the technical challenges, playing with utter command and disarming joy, bringing out inner voices and rhythmic syncopations that caught his ear.”

Top-flight orchestras respect him and line up to work with him. Mr. Morris remembered a performance of Bartok’s Second Concerto, “which is a bear, and, my goodness me, his command of that was staggering.” In this sense, he is different from classical crossover artists like the singer Andrea Bocelli and the violinist André Rieu, who don’t generally appear with major ensembles.
What’s next?

Mr. Lang was originally scheduled to play Tchaikovsky’s First Concerto, with its bravura Romantic gestures, to open Tanglewood’s season. But he decided instead on Mozart’s Piano Concerto No. 24 in C minor, which requires crisp, clear articulation along with style and elegance.

He will stay with Mozart for his next scheduled concerts, including the opening of the Lucerne Festival in Switzerland on Aug. 17. More galas (and more Mozart) are scheduled for the fall — including the Cleveland Orchestra’s 100th anniversary concert, conducted by an early supporter, Franz Welser-Möst.

Mr. Lang signed with Universal Music Group just before his hiatus, after a seven-year stint with Sony Classical as his label. “For our perspective,” said Dickon Stainer, in charge of Universal’s global classics division, “we’re particularly thrilled that in two weeks’ time he’s going to the studio in Beijing to make his first record for us since his return.”

It's been a lang lang time, but maybe not lang enough. (Sorry--I couldn't resist.)
There's nothing remarkable about it. All one has to do is hit the right keys at the right time and the instrument plays itself.
-- Johann Sebastian Bach
Top

He deserves some credit. If not yet physically ready to play the PIT#1 to open Tanglewood this Summer , I suspect there are other less demanding, yet very " popular " , Romantic concertos he could have played , rather than K.491, a work that will have his critics poised.
Top 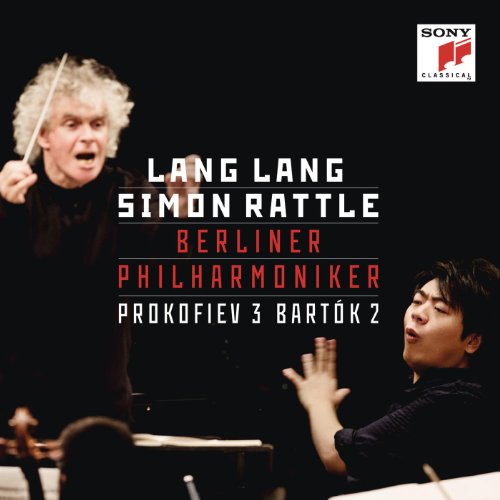 Surprisingly, I actually liked this album......

Like every artist, he's had good days and off days. I really haven't followed his career closely, and how he became a "superstar" eludes me. His debut with Mostly Mozart when he played a Mozart concerto and a solo Liszt piece was shockingly wonderful in the Liszt and quite lovely in the Mozart. I do hope he has not injured himself permanently. Fleisher did recover the use of his right hand late in life and recorded an album that was not well-received by yours truly. Sad.
Top

Why is the classical world watching so closely?

Users browsing this forum: No registered users and 39 guests