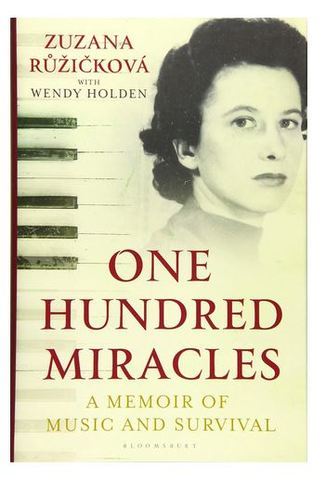 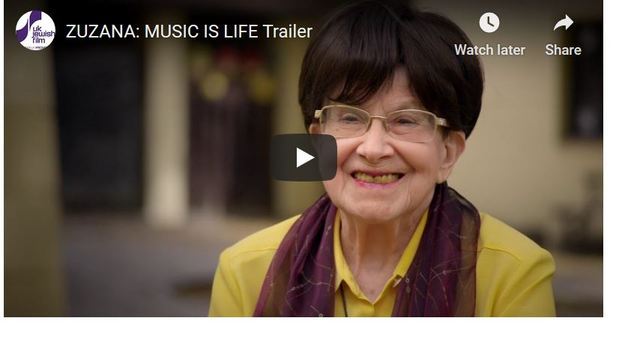 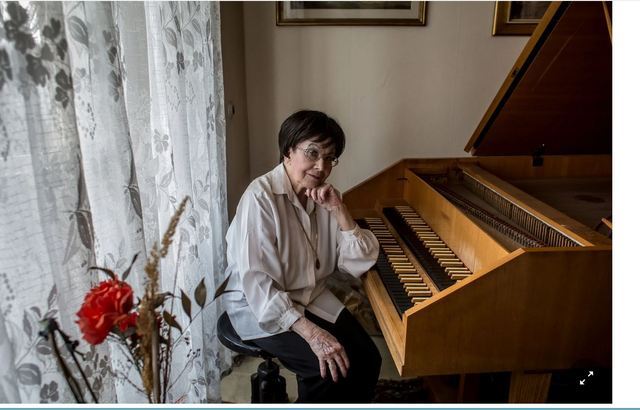 In a memoir by Zuzana Ruzickova, the Czech harpsichordist who died in 2017, art persists through the Holocaust and Communist rule.

It is night. A young girl and her mother have just been transported to Auschwitz. The wind howls, guards scream, dogs bark, people push and shove. The girl is holding something.

“In my right hand, numb with cold, I still gripped Bach’s beautiful Sarabande from the English Suite,” she would recall years later, “and I looked down and read it to myself because it was somehow essential for me at that moment to keep it in my head.”

Trucks arrive, and the girl is herded into one. Her mother is barred from going with her. Hysterical, the girl lets go of the Bach score, which flies away. But her mother is in motion: “Breaking free from her guards, she rushed forward to rescue my snippet of hope, and shrill voices rang out behind her.”

“Sprinting like a woman half her age,” the girl’s memory continues, “she somehow plucked the score from the air and ran to our truck, offering it up to me inches from the tailgate.”

This story appears in Zuzana Ruzickova’s recently published autobiography, “One Hundred Miracles: A Memoir of Music and Survival,” based on interview transcripts and written with Wendy Holden. Ruzickova, who died in 2017 at 90, was one of the world’s leading harpsichordists and a specialist in Bach; indeed, she was the first musician to record his complete keyboard works.

Born in 1927 in Plzen, southwest of Prague, Ruzickova had just decided to become a professional musician when the Nuremberg Laws tightened in Czechoslovakia after the Nazi invasion in 1939. When her family received a summons for their deportation to Terezin in January 1942, she went to see her beloved teacher for a final lesson.

“She made no suggestion that this might be the last piece we ever played together,” Ruzickova writes in the memoir, “but I knew what we were both thinking.”

They decided to play Bach’s E Minor Sarabande, from the Fifth English Suite, as a piano duet. The piece then kept Ruzickova sane on her cattle-car journey: “I was terribly ill on that train. I don’t know if it was nerves or something I’d eaten, but I was so tired and so sick. Trying to stay calm, I played Bach’s Sarabande over and over in my head, singing it to myself quietly and thinking of the last time I’d played with Madame.”

It was the only piece Ruzickova would take with her from Terezin to Auschwitz, but not the only one she would encounter there. She recognized other music just after she and other girls in her group had been rounded up.

“Within minutes we heard the sound of music being played badly on poorly tuned instruments by what I later discovered was the camp orchestra,” she wrote. “As the night wore on, the discordant cacophony could no longer drown out the S.S. voices rising in drink and the occasional cries of their victims. I recognized the music as the ‘Marinarella.’”

This sunny work by Julius Fucik became, she writes, her “most hated piece.” It was played on loop for a horrific “Appel,” when the prisoners had to stand outside for hours in frigid temperatures while being counted, many dropping dead from hunger, thirst and fatigue.

“There was an accordion player named Otto Fröhlich and two string players,” Ruzickova writes, “and that was almost all they played.”

From Auschwitz, Ruzickova and her mother were transported to Hamburg for a work detail, and, after more harrowing experiences, to Bergen-Belsen, a place, she writes, “where we were meant to die.” Starving, she dug under the fence to steal a beet to feed her sick mother: “With my bare hands — my once precious piano hands — I started to scrape away at the earth.”

In her memoir she describes her heartbreak when, after the war, a pianist refused to teach her because “my health and my hands were ruined.” But through skill and force of will, she eventually earned his respect and friendship, and began a career as a professional musician, first as a pianist and eventually as a harpsichordist. The composer Viktor Kalabis, one of her pupils, became her confidant and then her husband. (A wonderful sampling of their collaboration can be heard in her recording of his “Three Watercolors” for harpsichord.)

All this she attained against a backdrop of instability. The family toy store in Plzen, confiscated by the Nazis, was returned to them after the war, only to be taken again by the Communists in 1948. Less harrowing than life in the camps, Communist rule — from Stalinism to so-called normalization — was nonetheless deeply challenging.

As an important artist, Ruzickova was allowed to travel because of the foreign currency she generated, but as a non-party member she lived a life that was anything but grand. Only after 1989 did she learn how much she had actually been paid for her concerts.

Like many of her generation who lived through war, imprisonment, several revolutions and a police state, the last decades of her life were a kind of crescendo, in many ways a genuinely happy ending. Both she and her husband had their academic titles restored; they traveled freely, and she received a parade of awards and honors. She became a beloved teacher.

A writer once described the composer Leos Janacek’s smile as something that “life awards us like a gold medal for bravery in the face of the enemy.” A similar kind of dignity clung to Ruzickova throughout her life and career, and it fills her memoirs. Especially through World War II, sound was at the core of her resilience.

“The music in my head was more important to me than ever then,” she writes. “It didn’t weigh anything and the Nazis didn’t even know it was there. They couldn’t steal it from me and it was mine, and mine alone.”

What a beautiful and horrifying life story! Thanks, Len, for alerting us to this deeply moving book. I have long admired her music-making, and this book belongs on my shelf, along with these CDs: 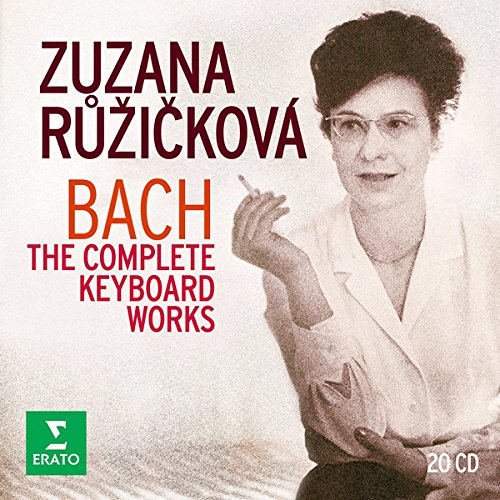 Thanks Len. Fascinating and terrible at once.
Top

I have long enjoyed anything performed by Zuzana Ruzickova. Her complete Bach on Erato along with the Supraphon issue of Bach's concerto recordings are valuable editions to anybody's collection who loves Bach and harpsichord music. Indeed, the artist's life was horrible with what she went through - and it was Bach who came to her aid (mentally) under those circumstances. I just ordered that book and am eager to read it. It is fortunate that she survived the death camps and I am happy that after 1945, she could fully develop her musical skills. She had a long life passing away at 90.
Lance G. Hill
Editor-in-Chief
______________________________________________________