Ah, just my kind of recital! Dame Margaret Price (1941-2011) may have perhaps had a slow start to her great career, and could have made more recordings given the quality of her voice. I recognized the beauty of her singing long ago in the days of LPs.

If you can read the second of the URL's I posted above, you can see this is quite a diversified recital, giving us a group of songs by Bellini, Donizetti, Verdi, and Rossini, moving on to four lieder by Schubert, and most impressive for me - 5 stunning Welsh folk songs, pieces by Tate and Holddinott ending the first disc with Berg's Altenberg-Lieder. Disc two gives us 15 Verdi songs, and finally Raven's Shéhérazade. Claudio Abbado leads the London Symphony in the Berg lieder and in Ravel's Shéhérazade. Her totally outstanding pianistic collaborators include James Lockhart in the works by the Italian composers, Schubert, the Welsh songs, the Tate and Hoddinott while Geoffrey Parsons accompanies her in all the Verdi songs on disc two (originally from DGG). Many of the items on these discs are the first release on Decca CDs. The recording years are 1969, 1970, 1986, and 1987.

While this set does not include any songs by Mozart, Price recorded plenty of it for RCA, much Strauss for EMI, and a whole raft of recordings for Forlane including Schubert, Schumann, Mahler, Liszt, Wolf, Mendelssohn and others. There are CDs from Hyperion, Orfeo, and Teldec (with pianist Cyprien Katsaris). There is also a live recording on BR Klassik [900305] of live opera arias by Mozart, Weber, Rossini, Cilea, and Verdi with a number of conductors.

Thank you Lance, that's a must-buy for me.

I first heard Price in the role of Amelia led by Solti in her London/Decca recording of Verdi's Ballo in Maschera. She was also an outstanding Mozart singer, the voice centered and pure throughout all the pyrotechnics of whatever aria. Her lieder are non-pareil! Here's the version of her Scheherezade I own...... 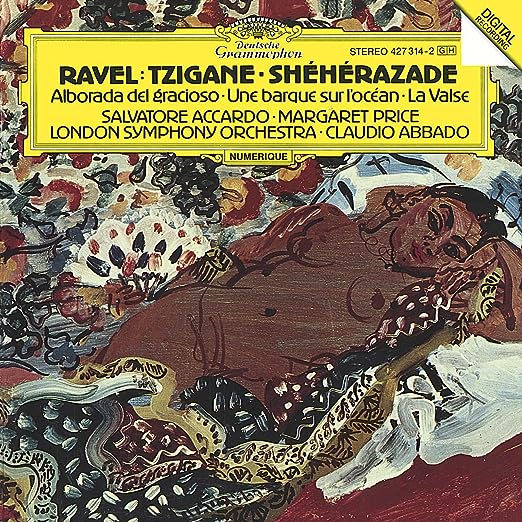 I have that two-CD set, and it is indeed very fine. It's given me a lot of pleasure.
Top
Post Reply
3 posts • Page 1 of 1

Users browsing this forum: No registered users and 27 guests