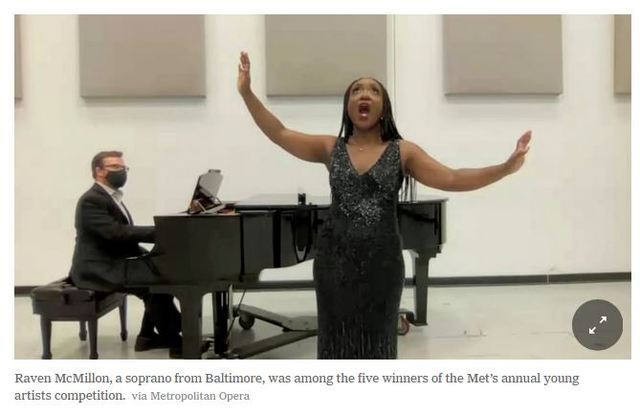 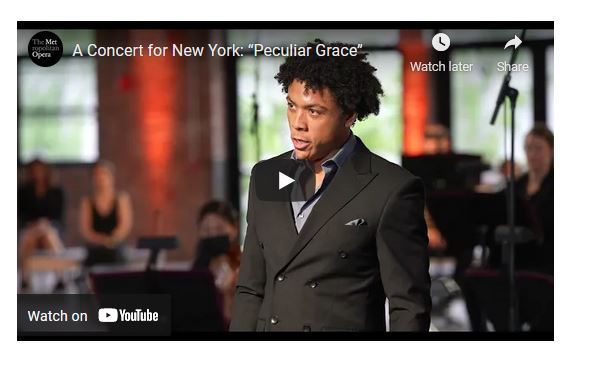 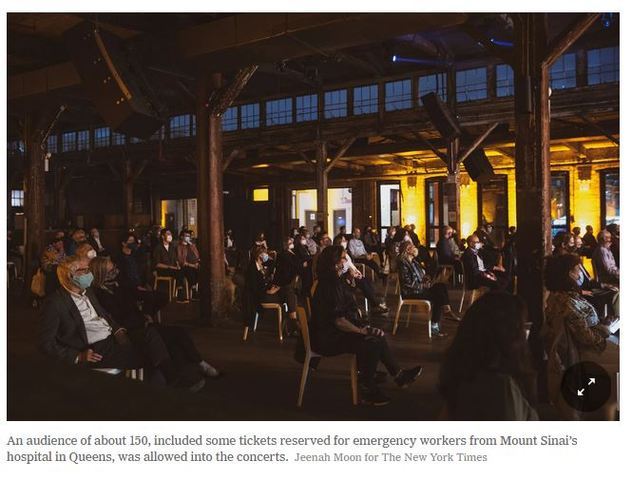 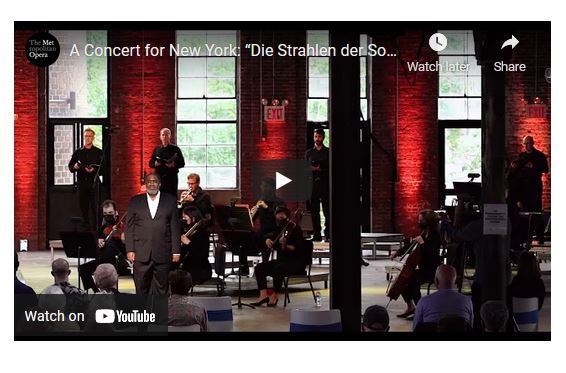 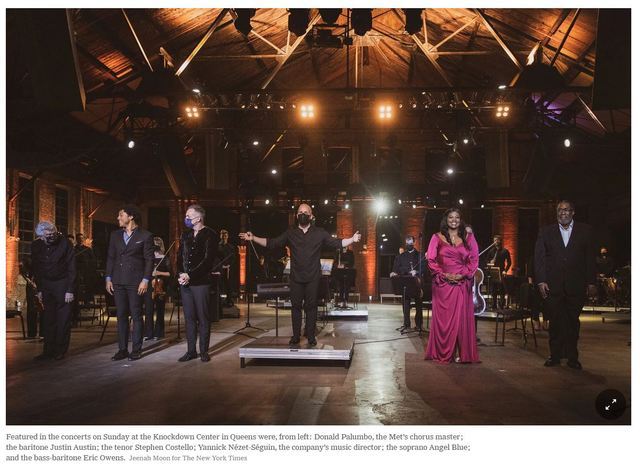 On Sunday evening, 430 days after the coronavirus pandemic closed the Metropolitan Opera, the company returned.

Members of the Met’s orchestra and chorus, conducted by its music director, Yannick Nézet-Séguin, and joined by four soloists, twice presented a 45-minute program for an audience of 150.

The location wasn’t the company’s home at Lincoln Center; instead, the concerts were held at the Knockdown Center, a door factory turned rough-hewed art and performance space in Queens. But these were truly, finally Met forces, brought together amid the contentious labor disputes that still threaten the company’s official reopening, planned for September.

“What a privilege it is to say good evening to you, to welcome you here,” Nézet-Séguin told the audience before beginning the concert. The purpose, he added, was primarily to “resume what we do” — that is, to make music. But the performances were also intended as an expression of gratitude to essential workers; some tickets were set aside for emergency medical staff affiliated with Mount Sinai’s hospital in Queens.

Hovering over the concerts were the Met’s continuing labor tensions. The company’s closure has cost it some $150 million in revenue, and its many union workers were furloughed early in the pandemic. Peter Gelb, the general manager, has, like administrators at performing arts institutions everywhere, been trying to exact long-term concessions from the Met’s labor force, which the unions are strongly resisting.


Just days ago, the Met reached a deal with the union representing its chorus, dancers and some others. But talks with the orchestra musicians, who agreed in March to begin accepting some payments in exchange for returning to the bargaining table, are ongoing. And on Thursday, the union representing the stage hands, who have been locked out since December, held a boisterous rally outside Lincoln Center.

Without glossing over the strife, the Queens concerts (I attended the second) came across as a genuine gesture of good will and shared artistic commitment. Nézet-Séguin told the crowd that he and the artists had tried to devise a program that reflected the hardships we’ve all endured, but also offered comfort and hope.

The program also made it clear that the Met is attempting to address longstanding issues of inequity brought to the forefront of the nation’s consciousness in months of demonstrations against racial injustice last year. Three of the four superb solo singers were Black, and the offerings included an aria from Terence Blanchard’s opera “Fire Shut Up in My Bones,” which is planned to open the Met’s season in September — the first work by a Black composer ever presented by the company.


On Sunday the young baritone Justin Austin sang “Peculiar Grace,” in which Charles, the main character in the opera — which is based on a memoir by Charles M. Blow, an opinion columnist for The New York Times — thinks back to his troubled youth, growing up poor in Louisiana, “a Black boy from a lawless town,” he sings in the words of Kasi Lemmons’s libretto.

“Where everyone carries a gun,” Austin sang with burnished sound and vulnerability,” “I carried shame in a holster ’round my waist.”

The concert opened with the 12 choristers and 20 orchestra players giving a soft-spoken account of the poignant “Lacrimosa” from Mozart’s Requiem. Then the soprano Angel Blue brought radiant sound and aching sensitivity to the “Ave Maria” from Verdi’s “Otello.”

Next came several excerpts from Mozart’s “Die Zauberflöte,” starting with the overture, which here sounded less an introduction to a comedic romp than a sublime prelude to a tale of a quest for wisdom, purpose and love. The young quester, Prince Tamino, sings an aria of smitten devotion to an image of the lovely Pamina, touching music sung ardently here by the tenor Stephen Costello. And when the stentorian bass-baritone Eric Owens sang Sarastro’s “In diesen heil’gen Hallen,” whose German words translate to “Within these sacred portals revenge is unknown,” seemed fitting for the Knockdown Center, which felt like a spacious yet intimate community sanctuary.

The Queens concerts were not the only demonstration on Sunday of the Met trying, in the face of continuing hardships from the pandemic, to keep its mission going. Typically, the finals of the company’s National Council Auditions attract a large, enthusiastic audience to the opera house, where 10 or so young finalists in this prestigious competition perform two arias each onstage, with the orchestra in the pit.

This year the entire competition, which has been renamed for the Met donors Eric and Dominique Laffont, took place online. On Sunday, 10 impressive finalists performed live from various locations across the United States — as well as two from Seoul, where it was early in the morning. Rather than a full orchestra, each singer was accompanied by a pianist; not surprisingly, the quality of the transmissions varied, and assessing these young voices remotely hardly compared with hearing them at the house. I did not envy the judges.


Still, the five winners all came across as gifted singers with great potential: Emily Sierra, a mezzo-soprano from Chicago, who brought a rich, secure voice to arias from “Die Fledermaus” and “La Clemenza di Tito”; Raven McMillon, a soprano from Baltimore, who sang radiantly in selections from “Cendrillon” and “Der Rosenkavalier”; Duke Kim, a tenor from Seoul, who was excellent in Tamino’s aria from “Die Zauberflöte” and gleefully tossed off the nine high C’s of “Ah! mes ami” from “La Fille du Régiment”; Emily Treigle, a mezzo-soprano from New Orleans, who gave assured accounts of arias from “Orfeo ed Euridice” and “La Clemenza di Tito”; and Hyoyoung Kim, a coloratura soprano from Seoul, who seemed set for a big career singing from “Lakmé” and “Rigoletto.”

You couldn’t help but think that several of them will end up singing someday with the company at the Met’s theater. It was a prospect that made reopening the house an even more exciting and urgent matter.

Re: Mixing Healing and Strife, the Met Opera Sings Again

Thanks for this, Len.

I wonder if these two historic concerts were recorded for posterity? This was an important moment in music history, for sure, and it should be made available online.
Top
Post Reply
2 posts • Page 1 of 1